This is a story of my own marriage and life, which also is a great metaphor to set your mind straight on how to be a proper leading man in yours. And why your wife not putting out is actually good. And, of course, I am going to tell you how to fix that.

I actually adore the English language. It’s sometimes so perfectly fitting, while in other times being completely pointless. The guinea pig is neither a pig nor is it from Guinea, right? You fill in a form by filling it out? Stuff like that. But with the name “Relationship” it was really a hit on the head.

Imagine your relationship, or marriage, like a real ship. You’re the man, you’re the captain. This is implicit when you get into a new LTR. Women naturally submit until you fuck up. And this usually looks like this:

You sail through the sea of life, and it’s all sunny and fun. You’re at the wheel, your girl (the first officer) enjoys it as well. She’s chill, sexy, all good.

But then you think, alright, let’s see what’s at the back of the ship while we’re smooth sailing here.

You ask your First Officer to take the wheel for a moment. And she agrees. Why not? A woman is totally capable of steering the ship, it’s just that she rather have you do it. But a captain has to check his ship if it’s functional. So you leave the steering to her and see what’s under the deck.

You go back there, and you find a nice Whisky or Gin. And also a TV with Netflix. Maybe a PC to play some Videogames. Awesome. The see is chill, so you stay here and enjoy these things. Steering the relationship was a ton of work, so it’s fair to relax.

After a while, your First Officer shouts back, “Where are you, Sir? Can you take the wheel again?” (“You only play Videogames all day! What about the kids? House?”)

“Nah, honey. You got this. I gotta check this exchangeable shooter game Call of Duty 76208”

She’s mad, but she does it. Meanwhile, you’re at the back, fucking drunk, doing nothing. The ship is putting on dirt, some leaks even, maybe the engine is stuttering, but it’s fiiiine. You just chill here. We won’t sink.

At some point, after shouting back to you a million times, the First Officer is pissed. This is not her task. She can’t express herself and do her First Officer duties because the captain has been blind drunk in the back of the ship for years. So she jumps ship.

Now, this might come literally (divorce) or metaphorically (no sex, nagging, emotional affairs with a proper captain…). But either way, your first Officer decided “fuck that” and took the life-boat with a rope attached to the ship and is now sitting there, pissed.

Now the ship is without a captain, without steering, and without a plan. Just dumpling through life without direction. If you’re lucky, you just move at this pace along without hitting anything your whole life (i.e. dead bedrooms for 20 years), or you drive head-on into a cliff (divorce, cheating).

And why? Because YOU stopped being a captain!

The masculine must lead at all times for the feminine to fully express her submission.

If you’re a weak motherfucker, you’ll be pissed why I am blaming you for not steering your relationship properly. Tough shit! Some random internet dude just told you, the reason you’re not having sex with your wife, is YOU. Fuck him! Well, my weak friend, I know it’s true because I’ve been there.

I have been the drunk captain pretty much since I popped the question to my wife. For about 2-3 years. Sex went slowly down. Gradually. And the fights increased. And I just thought this is what happens in any marriage because it’s just “what it is”. You know, pop culture tells you that’s the way of things.

Nobody tells you, it’s because you became a fat lazy bastard.

Compare yourself to the guy you were, when your wife was still sucking your brains out. You were a decent man, and now you are:

Imagine yourself in your wife’s shoes with the genders reversed. She was that beautiful, sexy, hot, cute, sweet girl when you two came together. But over time she stopped taking care of herself. Sweatshirt, ponytail (or even an SJW haircut), doesn’t even shave legs and farts in bed.

Would you want to fuck her?

Do not judge someone else if you haven’t walked in his shoes.

Now, I know there are some losers who would still put their dick in such a woman, just reinforcing that behavior. And you know, it’s totally fine for women to let go of themselves, because “you should love her anyway.”

I do love my wife, even if she has stretch-marks from birth and a small belly because she still puts in the work to dress properly, make-up, and act sweet. It’s the attitude and mindset that does it. And why? Because the first officer has time to care about these things because she can trust the captain.

Being captain is relieving

I remember when I first realized that sex is going down, and fights are going up, that it was my fault. I tanked our finances due to some mistakes, and she was a little anxious if we can do this. This was relieving. Not because my gold-digging whore of a wife needs a ton of money to buy the 16th dress this month, but because I was in charge. I had the power to change things.

Mostly because it was my fault to begin with, but you catch my drift.

Consequently, the only way to fix things was to fix me. Fix my life, fix the relationship, take back the steering wheel!

Being captain is hard

Now, I am not going to kid you. Leadership is tough. Not only are you responsible for the outcome, good or bad, but it also takes a lot of work. Being the captain is a ton of work, but from that comes authority.

Leading is never easy, but nothing is as rewarding.

I don’t know you, but I’d like to be the Godfather kind of guy. Head of the family. Respected by everyone, especially wife and kids. A patriarch. But this doesn’t come by just like that. You need to earn that position. Earn respect. A captain is respected if he is a good captain. If the ship sails safely across the vast ocean. Not if you bump into every other cliff.

But you are here to conquer yourself, right? You know it’ll be hard. This post just gives you a visual image of how things are.

Right now, you’re probably the drunk captain, enjoying videogames and Netflix at the back, while your wife is overwhelmed with steering the ship. It’s not her task! It’s yours! Fucking take back the steering wheel. This won’t bring in sex tomorrow. At first, your first officer will be skeptical if you really are competent and sober, and not just turning the wheel because it’s fun. But that’s for another blog post.

This metaphor isn’t made-up by me. It’s mentioned in the married man sex life primer, as well as the marriedredpill subreddit. I don’t know who coined it first, but it doesn’t matter. It works perfectly and is sometimes mentioned outside of these places.

If you use this mental model, your relationship will make much more sense. As well as your life. Apply this to all of your relationships. You don’t have sex with them, but imagine yourself as the captain of relationships with your friends, family, boss, coworker. If you just lay in the back, drunk, don’t expect much from the first officer trying to keep the boat afloat.

The first step is always to conquer yourself, before your conquer others; or life.

But before you can take back the wheel, here are your hurdles before you reach it:

Basically, increase all aspects of your life, you have been slacking. This might take years, depending on how many years you’ve been slacking. You have to pay for your mistakes, always. Rather pay now, before the cost increases even more.

And maybe you can’t fix the ship you’re currently on, because it already has too many leaks and your first officer checked out completely. Doesn’t matter, at least you can join a new ship as a proper captain then. But most of the time, your current FO will be glad if you become a proper captain again. And it will turn around. But it may take some time, and definitely some hard work on yourself.

Did I picture your marriage / RS? Does it hurt to read this? Let me know where you’ve been a drunk captain in the comments!

Become a captain by hardship

Fight yourself for 90 days. This way, you can not only drop a bunch of your bad habits immediately, which will give you a great boost, you will also learn what you’re really made of. And that you are capable of steering the ship.

My 30-Day Challenge: No sugar

Feminist greed will be its downfall

The 6 stages of re-igniting your sex-life

Why struggle is the key to money, sex, and success

How to keep that sexual spark in your wife 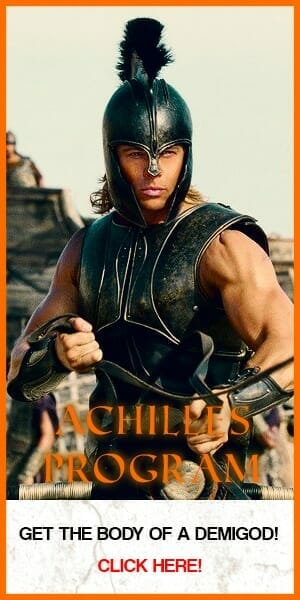